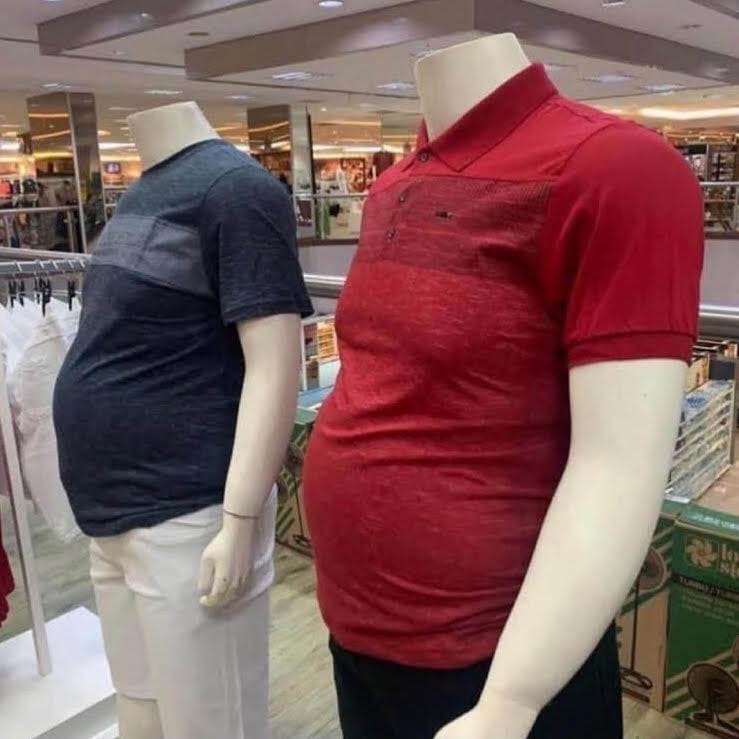 Examples of the “dad bod”

Have you seen something like this and wondered, What in the world?

While not a common sight it is part of the tenacious “Dad Bod” idea, which was introduced a few years ago and just keeps hanging on.

Some people like the idea of the dad bod because it’s a reflection of more realistic body images.

Others think it’s ridiculous because it seems to be advocating for middle-aged and older men to let themselves go.

You can guess where we fall on this one!

It’s true that men tend to get soft around the middle after 50 or so. We get it – completely – and we are here to help. Because it’s simply not true that being out of shape and headed toward obesity is inevitable in our 40s, 50s, 60s, and beyond. With exercise and diet, men can keep the tummy flatter, maintain or even build muscle tone, and look, feel, and move more like they did when they were younger.

Women have always had to deal with dangerous images of impossible beauty standards. Those messages were always about being slender, right? All the fashion ads, TV stars, and other exemplars of beauty have been super-thin for decades.

The skinny focus hurts women and girls by telling them they must look like genetic superstars in order to be attractive. It’s unfair and cruel. And, we must note, you can be fit, healthy, and happy without a perfectly toned physique. We should embrace healthy living first, and think about appearance second.

But celebrating laziness and early-stage obesity among men isn’t the way. That’s the crux of what the Dad Bod notion is about: celebrating recklessness about one’s health.

But after 50, we just can’t afford that anymore.

Around 50, men often find themselves stuck in unhealthy patterns. For decades, they’ve been working hard on the job, and raising kids at home, and they might’ve let their fitness routine slip into more dangerous routines.

That was the case for Mike Warren, who didn’t like his unhealthy lifestyle at 50 and went on a journey to turn it around. Now, Mike focuses on healthy movement, diet, sleep, and mindset to new, better routines.

Blaine Wood turned himself into an Adonis after a midlife divorce left him scrawny and feeling bad about himself. Before rejoining the dating pool, Blaine wanted to improve his appearance, and did so through regular workouts and better eating.

And we know plenty more men in the community with similar stories. But just because “dad bod” is common does not mean it’s something to embrace.

So, sure, get a chuckle out of the “dad bod” thing. And then call us to get started on obliterating it.