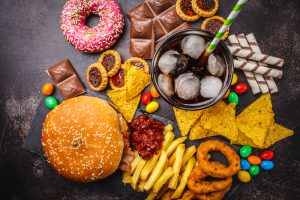 Packaged, ultra-processed foods are convenient and tasty. They’re handy to have around the house for the grandkids or for snacking. But they’re not good for us – not for our bodies OR our brains.

We’re talking hot dogs, burgers, sausages, cookies, cakes, doughnuts and the like. You already know they contribute to obesity and other negative physical effects.

Now a new study says people who eat too much of them have a higher risk of cognitive decline – just 20% of the daily recommended caloric intake. That’s about 400 calories if you’re aiming to consume 2,000 calories a day.

The study looked at the habits and health of 10,000 people in Brazil for a decade; their average age was 51.