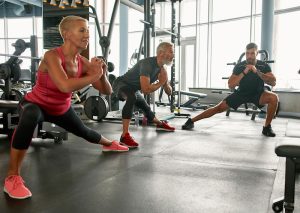 Ever heard someone say something like this?  “Oh, he’s a very handsome man for his age.”

What about: “I don’t like waiting on old people because they’re so tight with their money.”

These are all part of the persistent myths attached to people over 50. But like many myths, they’re wrong when it comes to the millions and millions of active agers who are fit and determined to enjoy life as long as possible.

We’re here to help you do the same. So, let’s shake off some nonsense today!

Focus on Function, Not Age

Cody Sipe, a professor and co-founder of the Functional Aging Institute, fights ageism and focuses on functional ability rather than someone’s age.

He points out a few of the common false myths.

Marketing guru Jeff Weiss of Age of Majority has his own myths of what he calls “active aging.” All kinds of industries are missing out on the economic power of this demographic, to everyone’s harm.

Here are a few. Which ones ring a bell?

Myth: Getting older is really depressing, and you have nothing to live for.

Truth: Consumers are happiest between 65 and 79. Active agers have the time, money and desire to explore their sense of adventure.

Truth: Consumers over 55 control 70 percent of all wealth and account for 40 percent of consumer spending.

Myth: People are necessarily frail as they get older.

Truth: Exercise keeps us strong and limber throughout the stages of life.

Myth: Everyone longs to look younger.

Truth: Nonsense. Smart businesses (like us!) engage this lucrative market without worrying about alienating younger folks.

Myth: Active Agers are no longer productive in the workplace.

Truth: There is virtually no correlation between age and job performance.

Truth: They use multiple digital and traditional channels on their “customer journeys.”

Myth: Oh, to Be Young Again…

Truth: Active agers embrace who they have become and are not longing to revisit their youth.

What myths annoy you the most? Which are still holding you back?