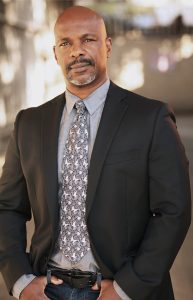 Actor Doug Spearman was in a funk a few years ago – unhappy and overweight at 210 pounds on his 5’8” frame.

His TV series “Noah’s Ark,” a glossy gay rom-com in the “Sex and the City” mold, had concluded. He was on a new medication that boosted his weight. He ended a relationship and over ate to manage the stress, putting on more. Things cascaded, and he grew unhappier.

“I looked like a brown beach ball,” he says.

But now at 60, Doug is back to his pre-“Noah’s Ark” fighting weight at 169 and feeling stronger than ever. It took a while and some steady habits – eating right, exercising regularly, going to the gym, enjoying yoga, and riding his bike.

“I wanted to feel better, to sleep better, to keep moving,” he says. “My flexibility is way more important now at 60 than having a size 31-inch waist again.”

Still, he was a little nervous when producers called for a new “Noah’s Ark” movie – complete with partial nudity in intimate scenes. The Hollywood veteran, used to the intense scrutiny actors face, upped his intensity to get ready. He knew he’d be paired with a much younger, impossibly sexy actor.

“And I’m not going backward. I’m not that unhappy guy anymore.”