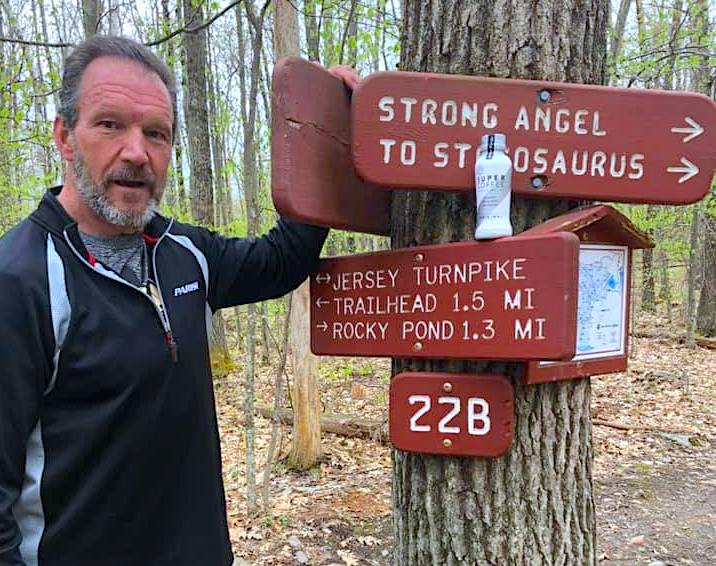 A US Memorial Day tradition has sprung up in recent years, honoring a Navy Seal officer who was killed in the Afghanistan war.

Thousands of people participate annually. And while the challenge is no doubt grueling, it draws participants who want to challenge their own limits while also honoring an American hero.

This year, Rich Sadiv, 56, is planning to run his first Murph, and the gym owner/champion weightlifter says he is ready.

“I’m really into challenges,” says Rich, pictured above. “I have some interesting goals for when I get to 60, so I’ve been ramping up my running and biking outdoors with my adult kids in recent years.”

Rich owns a large, well-known exercise facility in New Jersey and specializes in training for speed. He has worked with NFL players and other elite athletes and plans to add a focus on over-50 training in the future.

He’s not a veteran, but his beloved grandfather was, and Rich proudly flies the flag every holiday. So, when a Marine employee told him about the Murph, Rich was fired up to try.

Murphy was an avid CrossFitter, and particularly enjoyed a workout known then as “Body Armor.” While wearing a 20-pound vest, he would run a mile, then do 100 pull-ups, 200 push-ups, 300 squats, and then run another mile, all for time.

Murphy was killed June 28, 2005, after exposing himself to enemy fire and knowingly leaving his position of cover to get a clear signal to request support for his team. He was shot more than 14 times but finished the call by saying “Thank you” and continued fighting until he died.

He was awarded the Purple Heart and the US military’s highest decoration, the Medal of Honor.

After his death, the “Body Armor” workout was renamed in his honor. Every year on Memorial Day, thousands take up the challenge to raise money and honor fallen war heroes.

Participation and awareness are the main points. And some races encourage modifications to make it more accessible. Some runners choose to participate without the vest, for instance.

Rich has prepared by running three times a week and practicing calisthenics twice a week. Since he started training, the (mostly) vegan has lost 13 pounds and noted improvements to his heart rate.

He and his daughter plan a marathon this summer on the Appalachian Trail.

And while Rich is admittedly an extreme exerciser, you don’t have to be to participate in these kinds of events — or to maintain your own strength, endurance, and agility, which are so important later in life.

Fitness is for everyone, regardless of the level of intensity.

“Now is the most important time to be training,” he says about being over 50. “The last thing you want to become is sedentary, especially when you’re a little bit older. I’ve got it in my mind being 90 or 100 and still exercising.”

To learn more about Lt. Murphy and the Murph workout, visit The Murph Challenge.