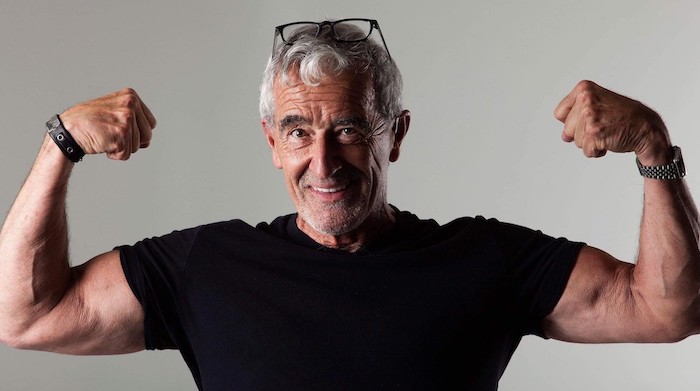 Howard Snooks had it all.

At 66, he was retired from a successful career as a social worker, married and healthy.

Then in 2015, Howard’s wife of 34 years abruptly left him. Several family members died. And he had an emergency hip replacement after a fall.

With resilience and a newfound commitment to fitness, Howard fell into an unexpected late-in-life adventure: modeling.

After that rough year, Howard came upon a newspaper article about the dearth of Baby Boomer fashion models. He figured he was in decent shape and made some calls.

Now 71, he’s been in TV and Internet commercials, walked the runway, and filmed a Land Rover ad that could go national soon.

At 5’10” he’s down to 168 pounds and 12 percent body fat. He has no styling tips, having never tried Botox, moisturizer, or even an expensive haircut.

“I don’t look like a young man,” he says. “My mindset keeps me open to new experiences, to whatever new things come my way.”

Howard attributes his post-2015 happiness largely to working out. He hit the weight room hard, he says. “I went for it. It kept me sane.”

He also liked the new look it gave his body and the attention he got from women. “I wanted people to be surprised when they found out how old I was.”

But more important has been the steady interaction he gets at twice-weekly workouts at a small gym.

“It’s a real companionable thing,” he says. “I feel like I belong to something.”