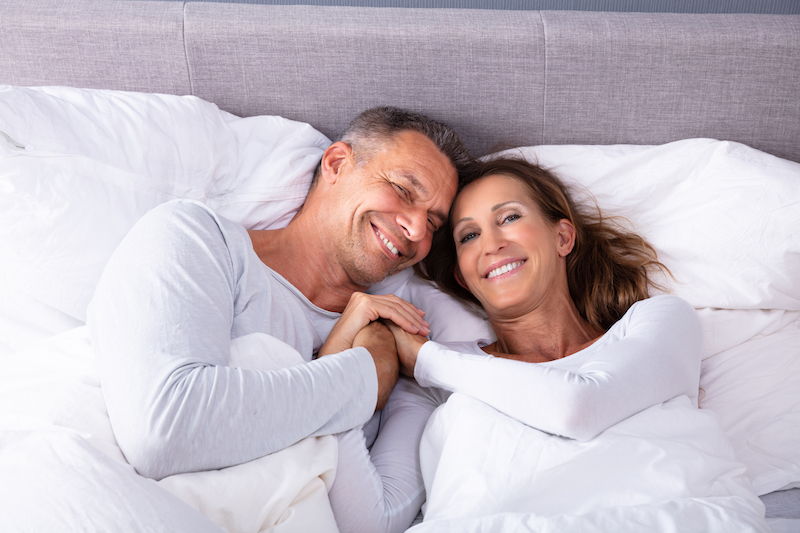 And it shouldn’t surprise anyone.

If you’re stronger, more agile, and have better stamina, then chances are you’re going to have a more satisfying sex life – and help your partner have one, too.

Scientific research backs this up.

For instance, a new study seeks to debunk the myth that “older” people aren’t interested in sex. It’s a persistent stereotype played out in countless TV sitcoms and standup routines. But as anyone over, say, 50 can tell you, it’s simply not true for everyone past middle age.

In a study shared in September, researchers followed 3,200 women over 15 years. Here’s some of what they found.

“About a quarter of women rate sex as very important, regardless of their age,” said Dr. Holly Thomas of the University of Pittsburgh. “The study showed substantial numbers of women still highly value sex, even as they get older, and it’s not abnormal.

“If women are able to speak up with their partner and make sure that they’re having sex that’s fulfilling and pleasurable to them, then they’re more likely to rate it as highly important as they get older.”

For example, among the fit group of people who participated, vigorous running reduced the risk of sexual disfunction by 25 percent for men and 30 percent for women.

Sex is physical, after all

Part of this is just simple physiology: When you’re in good cardiovascular shape, blood flows better throughout the body, including to your sexual zones.

More evidence shows how physical activity and other lifestyle factors “may offer some protection against sexual problems” that are common later in life, another study reports. “To stay healthy or to improve health, older adults need to do two types of physical activity each week: aerobic and strength exercises.”

It can even get better later

The Mayo Clinic adds that “many older couples report greater satisfaction” because of fewer distractions, more time and privacy, and no worries about pregnancy.

“Contrary to common myths, sex isn’t just for the young. Many seniors continue to enjoy their sexuality into their 80s and beyond,” the clinic says. “A healthy sex life not only is fulfilling but also is good for other aspects of your life, including your physical health and self-esteem.”